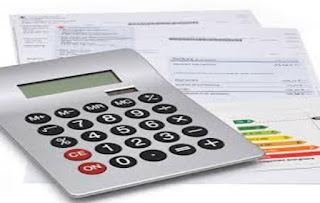 For many of us, we get the electric bill and just pay it, or worse still, it is set up for direct debit so we never even think about it. It gets paid automatically and it’s off your mind, until you get around to doing a cost cutting exercise, and you realise it’s time to look at alternative suppliers.

Before you go comparison shopping though, set yourself up for getting a better deal by knowing what makes up your electricity bill.

The five components of your electric bill

1.Wholesale. This is the raw energy cost to the energy networks.
2.Transportation. This involves accounting for the network logistics such as the distribution and the transmission to keep the electricity operational.
3.Levies. This includes environmental factors and the cost of social obligations and government tariffs.
4.Metering costs. These are the suppliers’ operational costs.
5.The supplier’s profit margin
What you see is only a fraction of the above though because you only see two figures.

1.A unit rate
2.A standing charge

That’s it. Your electric bill shows you the kilowatts you’ve used and the standard running charge that’s applied to keep your electric supply switched on.

Understanding the real cost of each component

It’s easier to explain using a round number for a working example. In this case, we’ll use the notional amount of 10p/kWh per unit.

Using the first set of data, we’re able to break down the constituent parts into four key elements.

Those four costs are:

This actually has a few parts to it itself. It’s primarily the raw energy cost, which equates to 34%. The other one percent extra that takes it up to 35% is accounting for the losses as the electricity makes its way through the power lines into generators to eventually reach the customer meter. It’s actually 35.1% as there’s also an imbalance cost of 0.01p/kWh.

What the imbalance cost is for is because the electricity industry is settled or balanced every half hour. This is because electricity cannot be mass stored. It’s done a supply to demand instantaneously. Not supply on demand – to demand.

It’s effectively known as a type of insurance cost to compensate the network operators for balancing the system, requiring increasing or decreasing volumes produced based on customer usage.

23% of the pricing goes towards transporting electricity to your meter. Remember the 10p/kWh per unit example; well that makes this 22.29p/kWh.

The network makes up the most of this, as it equates to 17%. 5.2% is transmission costs. There are various regional distribution networks, all of which are privately owned. Each is required to publish their tariffs, which allows for suppliers to accurately forecast expenditure and charge customers appropriately.

The transmission cost is directly related to the length the electricity has to travel to reach the customer meter. Despite various regional distribution networks being privately owned, they all pay the same single entity the fees. That’s National Grid.

A third aspect creeps in here, the same as it does in the wholesale cost and that’s the cost of balancing. For the transmission, that’s equivalent to 0.9%.

These types of government initiatives account for 9.4% of your electric bill. These are labelled green initiatives and all they seem to do is take the green from you.

a)First you’ve a Renewables Obligation
This accounts for 6.1% of the energy. It’s a payment to incentivise using generators with renewable energy generation.

b)CfDs – Contracts for Difference
This came into effect in April last year and does the same as the levy above.

c)ECO
It does cost to be ECO friendly and it’s not price friendly, but that’s not what this is. ECO is an acronym for yet another levy hiking up electric bills. It stands for The Electricity Energy Companies Obligation. Using the 10p/kWh example, the ECO amount would be 0.25p/kWh. This goes towards those home improvements grants you see promoted for loft insulation etc.

Consumers are paying for this as it’s built into the tariffs.

d)FiT – The Feed in Tariff
This is equal to 1.6% and it’s yet another levy imposed to encourage renewable energy. This one focuses on rewarding those using small generators.

e)The higher distribution cost levy
This is applicable to all areas and it’s designed to support the more remote locations, which would otherwise be subjected to far higher electricity prices due to the cost of transportation to reach the Northern parts of Scotland. To spread the cost, everyone pays 1% towards the higher distribution cost of electricity to remote areas.

This is the cost involved in getting the electricity to the customer. 12.4% is the amount this adds to your electric bill. This covers the cost of metering and the cost of getting the data from the meters, which is done by third parties now, mostly private firms.

Taking our working example of 10p/kWh tariff, for an average customer using 30,000 kWh per year, would be the equivalent of £372. That’s per customer per year on an electricity bill of £3,000.

Remember back to the environmental aspect? There are cost advantages to suppliers using renewable energy sources so those profits could be higher.

What your electricity bill is really paying for is…

·35.1% to pay for generators
·29.7% is the governments slice of the action
·22.8% go to the energy networks
·12.4% go to energy suppliers and within that is their profit
Some suppliers have higher profit margins depending how efficiently they operate, but nevertheless, suppliers are where to focus your attention on for better electricity deals.

Now you know what really goes into generating your electricity bills, use those stats to your advantage to negotiate a fairer deal. Or call us – 0800 0193 244 -and we’ll do the negotiating for you.