Is China Really To Blame For The Collapsing Steel Industry?

Is China Really To Blame For The Collapsing Steel Industry? 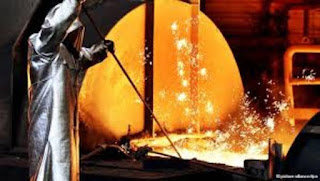 On the surface of things, when things go wrong, almost automatically, someone has to be at blame. It’s almost human nature.

If you watched South Park, you’re likely to recall the song ‘Blame Canada” featuring parents taking a stance over what’s wrong with America’s youth; Canada’s to blame. The UK seems to have a South Park approach to blame China for the nose-diving direction the steel industry has taken.

If you take a step back from the current situation the steel sector’s landed in – which is a truly sad state of affairs with a bleak outlook for the future – although there is chatter that tech could revive the UKs steel sector – the demise could probably have been seen a mile off, years back.

It’s an industry that consumes high energy so every steel manufacturer has been at the mercy of energy prices. We all know how those have been going; great for the suppliers and poor for the consumers.

Tack on the green issues, tax burdens and agenda from government to cut carbon emissions, it’s no surprise that there’s not much in the way of help and support to the steel manufacturers.

The steel industry is calling for the scrapping of the ‘lesser duty’ rule in favour of tougher penalties to stave off foreign competitors flooding European countries with cheap steel imports.

Something the UK government is opposed to.

It would appear the UK steel workers must be feeling their message is falling on deaf ears in the UK when they’ve already taken to Brussels to lobby the European Commission. There’s far more our government could be doing right now that would have an immediate impact on the industry and it’s something private sector firms could all be helping with – prioritising local trade in their company procurement policies.

The public sector is highly regulated and has to abide by the Official Journal of the European Union (OJEU), however, in the private sector, there’s less red tape inviting competition.

Compete for quality over quantity.

The point is, there’s plenty of steel and the industry has part responsibility for the collapse. While foreign markets focused on quantity with mass production and export, the UK has stuck to quality consistently and that’s came at a premium. Were they actually advertising high-grade steel or just steel? Perhaps some importers were not aware of the quality differences. In any case, the quality option’s soon to be gone.

The worrying aspect of steel imports is the number of things it’s used for. The construction of buildings, homes, hospitals, vehicles, electric appliances and the galvanised steel drums used for transporting oils and other liquid flammables.

It makes you wonder what our new buildings will be like twenty years from now. Especially given the effect climate change is having, with bridges built centuries ago now collapsing under the unforgiving nature of the storms.

Years from now, companies may well look back on their decision to import cheap steel with regret for compromising on quality in a bid to save on overheads