Why Incorporate An Exit Strategy Into Your Contracts? 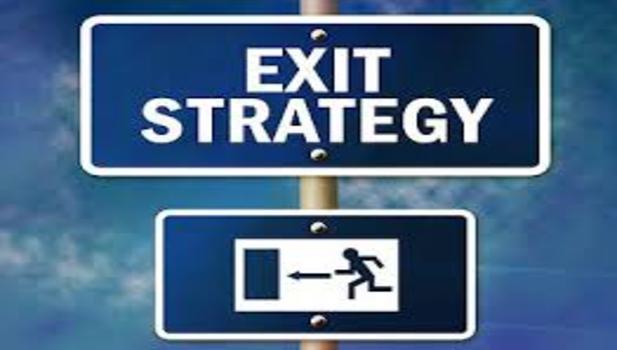 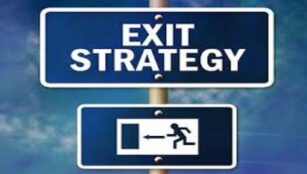 When you enter into business critical supplier relations, there is an all too often neglected area within the contract and that’s the plan to disengage.
Since the relationship between suppliers and clients are best when they’re mutually beneficial, the exit strategy needs to meet the same requirement.
That being said, the best time to discuss this is not during negotiations. It’s after the supplier has been partnered with you for a period; a working relationship established, rapport built and comfort grown for both parties to come back to the table and enter into further discussions about exiting.
The only thing that should be discussed during the negotiation process is the timescale for both parties to meet, after say six months after the supplier’s contract commences to discuss a strategy for disengaging.
It’s best to have this in place to ensure that the continuity of service provision remains the same, even if an existing contract is being terminated or transferred.
What a supplier won’t be comfortable with is too short a notice for your contract ending. They will want to know more about the “what if” scenario of losing a contract – and you your supplier.
Most will require more than thirty days for business critical supplies.
For longer term contracts of say over five years, a good rule to go by is one month per year. Using that as a general rule of thumb… if you’re on a three-year contract, a three-month notice period to terminate would be sufficient. That would give your supplier plenty of time to source new contracts and replace lost revenue, whilst retaining their continuity of service to your business within the final stages of the contract. At the very least, it’s risk management for both suppliers and clients.

Why would you end a contract with suppliers?

1)      It’s run its course.
2)      To re-enter into the tendering process, for which existing suppliers can also be a part of to keep your offers competitive.
3)      If either company feels the partnership is no longer beneficial, they can begin. negotiations to exit out the contractual obligations. If this is the case, you’ll be glad to have discussed the exit strategy beforehand as both companies will know the process to follow and the actions each party is responsible for.
4)      Lack of performance by either supplier or client or both.
5)      Better deals elsewhere.
That’s just five reasons that are pretty standard for contracts terminating. Nothing lasts forever.
When there are assets involved, it’s even more imperative that this forms part of your procurement process. People’s jobs could depend on it.
Then there’s the issue of who owns what as there are many business supplies for which you are loaned equipment from a service provider for them to take care of supplies and maintenance. If that’s the case, there will be ownership issues and equipment to be transferred back… not to mention any costs involved in contract cancellation without a good reason for doing so before the contractual period is met. These are your early termination fees and they are fairly typical for large supplies that are critical to business functions.

How to raise the issue of disengagement during negotiations

As you’ll understand, losing contracts is not something any supplier wants to discuss because it implies you’re leaving or not really keen on the idea of working together.
It’s not necessarily meaning you are parting though. It’s only a process you want to put in place to ensure you continue getting value. And that your potential suppliers aren’t too eager or blind sighted by the revenue projections that they fail to consider the risk.
Instead of calling it a disengagement process to address an exit strategy, you can call it a re-engagement process.
All you do here is assign a named contact from your company to deal with the re-negotiation process. It can involve opening up your horizons to others in the field and inviting your supplier’s competitors to enter the tendering process, whilst your current supplier is actively engaged in the process. That will help them feel more comfortable with continuing with your processes, and with your support.
Even if they don’t have that, it’ll force them to be competitive in the tendering process. Their advantage is they will have the data to know how much it’s costing to supply your company, for which they may be able to provide an even better proposal. Either way, existing suppliers are in a good position for re-entering the tendering process to renew contracts. Just because you have existing suppliers in place should never mean that you stick by them through loyalty, unless there’s a significant advantage to your company for doing so.
Why?
Because…

It’s stability for both businesses

Both suppliers and clients need stability and that’s what the exit strategy meeting is designed for. To ensure business continuity, even during a re-tendering process.
No service disruption is one stipulation to ensure is covered within your contract. The other is that any employees involved in the transitions are aware of what’s happening and kept in-the-know. This is particularly of interest to the recruitment sector when staff may be on two year contracts through a temporary staffing agency. Even if your supplier needs to have staff on premises to ensure service delivery with minimum fuss, ensure the people they have in place, know what’s happening with their jobs.
Always ensure everyone involved with the contract knows where they stand, are involved in the process, and aware of what happens, when things happen, and also that the “what ifs” are addressed. Any questions, have them answered and sooner rather than later.
The more that both companies (and employees) know about the contractual obligations and the disengagement process, the more comfortable the relationship will be as there won’t be any fear of the unknown involved.
Keep things simple and discuss exit plans during the negotiation stages of contracting out.
Image courtesy of psow.edu.